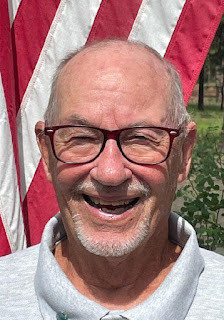 Keith was one of the 12 crew members on the USS Edson (DD946) when it made its maiden voyage out of Bath, Maine. He was also the first mailman for the USS Edson, a position he held during all four years in the Navy.

Keith was recognized for his contributions to the growth of pickleball. Starting in 1994, for over 28 years, he introduced the sport to thousands of people in RV resorts, communities, and schools throughout the U.S. He is known as “The Pied Piper of Pickleball” and, also a one-time USAPA National Champion. He is the original Pickleball Ambassador and as of his induction in 2021, continues as an official USAP Ambassador.

Keith grew up in Coldwater and Sturgis, Michigan. He played backyard and playground sports with friends while growing up. In his teen years, he was the high school table tennis champion. During the summer, he participated in summer league fast pitch softball. In the Navy, Keith was on the basketball and softball teams.

The four years spent in the Navy allowed him to realize that his career should be experienced elsewhere. In just 3 ½ years, Keith completed his Bachelor of Arts in Teaching. After receiving his college degree, Keith taught  4th - 6th grades in Michigan and Colorado. After teaching for 13 years, an administrative position became available. He was one of 21 candidates to apply for that one assistant principal position in Colorado Springs and he was the one they selected. At age 50, Keith retired in1986 as an elementary school principal, having served 10 years in that position.

Following his career in education, Keith and his wife Roberta took to the roads, traveling by RV as nomadic snowbirds. Their first exposure to pickleball was in 1993 at the Thousand Trails RV Park near La Conner, Washington. From that introduction, Keith dedicated his time to teaching others the game of pickleball wherever their travels took them. They went from Washington state to Florida and many places in between. 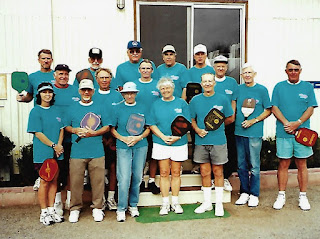 provided new paddles, balls and T-shirts to the “Sweet 16” finalists for this event.

An example of the energy Keith poured into spreading his new-found passion:  In a single winter season (December 1994 – spring 1995) Keith spent time at six Thousand Trails RV parks from Texas to Florida. In those days, few people east of the Mississippi had heard of pickleball, so Keith shared his paddles and balls and taught them the game. In the spring, the snowbirds Keith had introduced to pickleball returned to their homes in the Midwest and Northeast and began teaching others. Pickleball didn’t become an instant household word, but Keith’s steady mission created small waves around the country that would eventually become a giant tsunami. 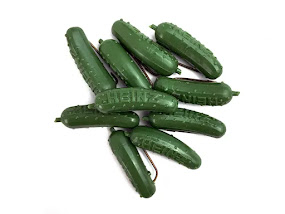 Keith kept meticulous accounts of his pickleball activities and from 1994 to 2018, his records show that he had introduced 4,156 people to the game of pickleball. He also organized play groups and tournaments. Along the way, he distributed thousands of Heinz pickle pins to fellow pickleball players, a remembrance of their time on the courts with the Pied Piper of Pickleball.

After 22 years of RVing, Keith and Roberta settled down in Congress, Arizona. There, Keith continues to teach and promote pickleball, both in his community and at the local middle school. Of the many aspects of the game he teaches, he emphasizes his most cherished virtues; the importance of sportsmanship, being fair and having fun. 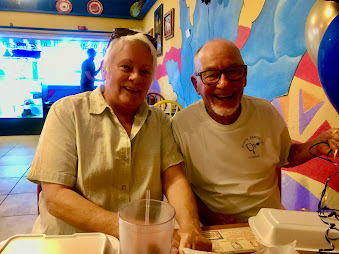 Roberta and Keith Bisel celebrating his selection to the

Pickleball Hall of Fame Class of 2021

Posted by Pickleball Hall of Fame at 2:10 PM No comments: