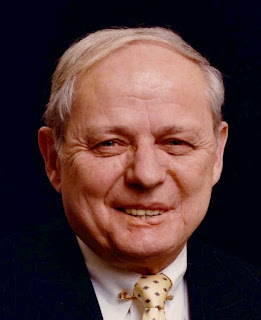 Bill enlisted in the Army July 1943 at 18 years old and fought in World War II.  As a Private First Class in the 304th Infantry his platoon landed in Southampton, England, late November 1943 and crossed the English Channel to Belgium. In April of 1944, in the Battle of the Bulge, he was wounded and received an honorable discharge in July 1945.  He was a Purple Heart recipient. 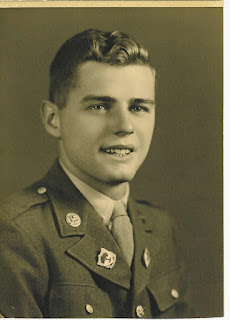 Bill was one of the three original creators of the game of pickleball.  In the summer of 1965 at the Pritchards’ property on Pleasant Beach, Bill Bell and Joel Pritchard looked for something for their gaggle of kids to do.

Bill had a hand in pickleball's unique rules, making the game instantly fun and competitive. Though “The Kitchen,” and the double bounce rule, were exactly his brand of mischief, these unique touches also contributed to the game’s broad appeal.

From the beginning, Bill was an avid player, promoter and marketer of the game.  When his work took him abroad, he was the first ambassador of the company called “Pickle-Ball Inc”, that had been formed by the three creators.  Bill was involved in promoting, cajoling and building courts throughout Southeast Asia and Australia. Not even Singapore’s august, colonial icon, the Raffles Hotel, escaped Bill’s promotional flair—several tennis courts were reconfigured to accommodate interest in the new paddle sport. He delighted in pickleball’s popularity. 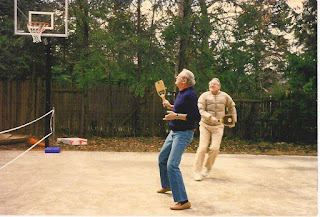 Athletic background - Despite war injuries, Bill was a successful college athlete, earning a spot in the 1948 Olympic Trials in the high hurdles.

Bill was the Managing Director of the Seattle World Trade Center and then stepped into the role of manager for Dan Evans in his successful Gubernatorial campaign in 1964. After which he left Seattle for New York as part of the Executive Board for INCO, the International Nickel Corporation. He then acted as Vice President for INCO in Southeast Asia and Australia, establishing one of the first industrial partnerships with the Republic of Indonesia. From 1974-1978 he was managing director of Faber Merlin in Hong Kong.

Bill left the private sector to work as counsel for The Hudson Institute and then The Center for Naval Analysis in 1982 where he remained until retirement in 2006.

Posted by Pickleball Hall of Fame at 5:37 PM No comments: 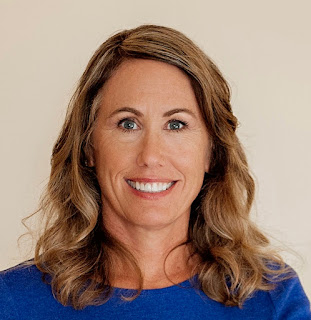 In addition, she is a world known pickleball blogger publishing timely news, tips, drills and many other topics at www.allpickleball.com.

In 2018 she and her mom, Beverly Youngren co-authored and published the best seller: History of Pickleball – More Than 50 Years of Fun!
https://allpickleball.com/product/history-of-pickleball-more-than-50-years-of-fun/

US Open Pickleball Championships:
2016 - 2019                 Open Women’s Doubles – 1 Bronze
Senior Open Women’s Doubles – 1 Silver
Senior Open Singles – 1 Silver
Age Doubles –  1 Gold, 2 Silver, Gold or Silver -
Finals rained out
Age Mixed Doubles – 1 Gold, 1 Silver, 1 Bronze
Grand Canyon State Games (2nd biggest tournament at the time)
2012 - 2017                 5.0 Doubles - 5 Gold, 1 Silver
5.0 Mixed Doubles – 2 Gold, 1 Silver
Age Doubles – 3 Gold
Age Mixed Doubles – 2 Gold 2 Silver
Special awards received other than championship medals/wins:
• As a pickleball historian and author, the 14th Annual National Indie Excellence® Awards     (NIEA) recognizes "History of Pickleball - More Than 50 Years of Fun!" as the 2020 winner in the Sports category.
• Honorary Tournament Marshall for the 2019 Provincial Championship Weekend in Novia Scotia (Arisaig).
• 2019 - Awarded the Lone Star award for community service at the Texas Open, Coppell, TX.
• 2019 - Recipient of a John A. Gullo Award Ring presented at 2019 Tournament of Champions.
• Speaker at USAPA Ambassador Retreats (2019 - 2020)
• Professional Pickleball Federation (2017 PPF) Singles Senior Pro - Gold, Gold Doubles Senior Pro 1 Gold, 1 Silver
BACKGROUND:Jennifer Lucore’s first exposure to pickleball was in 2007 when she was vacationing with her family and met up with her parents, Bob and Bev Youngren, in Bend, OR, for a fun family tournament. There she saw how all ages can compete and have a great time together. She attended the very first USAPA Nationals in 2009 for a mini-vacation, and to just watch her parents compete. In 2010 she started playing and from there caught the love and passion for the game and the people that play.
Jennifer’s parents, Bob and Bev Youngren reside in Surprise, AZ, one of the hot spots for pickleball. They have been playing and sharing the love of the game to thousands of other players since the late 1990’s. Beverly was one of the first official USAPA ambassadors in 2005.
Through pickleball, Jennifer has been able to travel and meet great friends all around the USA; and internationally Canada, Caribbean, Costa Rica, Japan, Mexico, The Netherlands, Europe, Spain, Singapore, and Thailand. In 2021 she will resume traveling the world to promote and teach pickleball.
Her personal life: She is a marketing consultant, married with two daughters, just purchased an RV for travel and is a SENIOR (pickleball senior is age 50+).
CONTRIBUTIONS HISTORY OF JENNIFER'S EARLY YEARS:
Jennifer Lucore is the sport's first "sponsored" pickleball player. In 2012 she was "sponsored" to play for Pickle-Ball Inc. of Seattle, WA. At that time there were a few players that could also be considered sponsored although they (or their parents) had ownership of a paddle, ball or goods/service pickleball company.
2011, worked with Bill Booth (USAPA president) to get the USAPA to utilize a master membership list for a web-based email subscription software for newsletter and communications. USAPA’s membership was around 5,600.

January 2012 - June 2014 - Publisher of monthly e-newsletter for USAPA (Volunteered) Redesigned the newsletter into a web format, formatted and enhanced each issue with photos, graphics and advertisements. (Designed ads for vendors/advertisers)

March 2014 - present - Blogger for www.allpickleball.com  Her own website.
Posted by Pickleball Hall of Fame at 5:28 PM No comments: