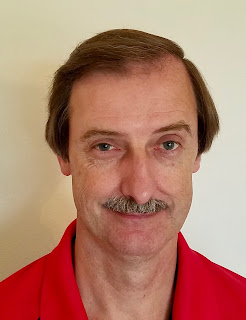 RECOGNITION:
Dan was recognized for his dominance in the sport of pickleball from 1988 to 2014.  During this period he was ranked #1 nationally in Men’s Open Singles, earning 21 gold medals.  He was ranked #1 in Men’s Open Doubles, winning close to 60 gold medals. His record also includes over 13 Open Mixed Doubles titles.  He is also a four-time National Champion and five-time runner up. 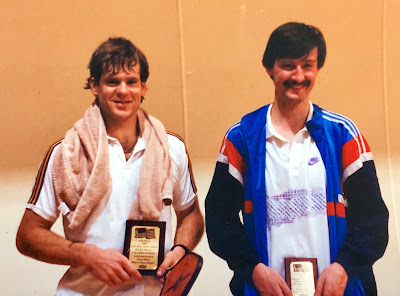 BACKGROUND:
Dan does not remember much of Bratislava, where he was born. The Soviet Union invaded Czechoslovakia in 1968 when Dan was four. Shortly after, Dan’s father made the decision to move his family to the United States. After several months, they arrived in Seattle, Washington.

Dan attended Seattle public schools. He played kick ball and dodge ball in elementary school. In 1974 he became a U.S. citizen. He played a lot of golf during his early teens.  It was during this time from 1976 to 1978 that Dan learned to play pickleball in PE classes at McClure Junior High School. He played on the Queen Anne High School tennis team during his sophomore and junior year.  However, Queen Anne closed and he transferred to Franklin High School for his senior year where he continued to play on their tennis team.  Other sports he enjoyed were ping pong, billiards and basketball.  In high school, Dan participated in a free throw competition and fund raiser against Ted St. Martin, the Guinness World Record holder for most consecutive free throws.  At the time, Ted’s record was 499.  The competition was to see who could do the best in 10 free throws. Ted missed on his 7th attempt, while Dan made all ten of his, earning him a brand new basketball.

Dan began playing in pickleball tournaments in January, 1986 at an event organized by Sid Williams.  With persistence, Dan worked his way to the top of the U.S.A.P.A. Nation Wide Rating and Ranking System in Men’s Open Singles and Men’s Open Doubles.  One page of this 1992 quarterly report shows Dan in the #1 position in both categories. 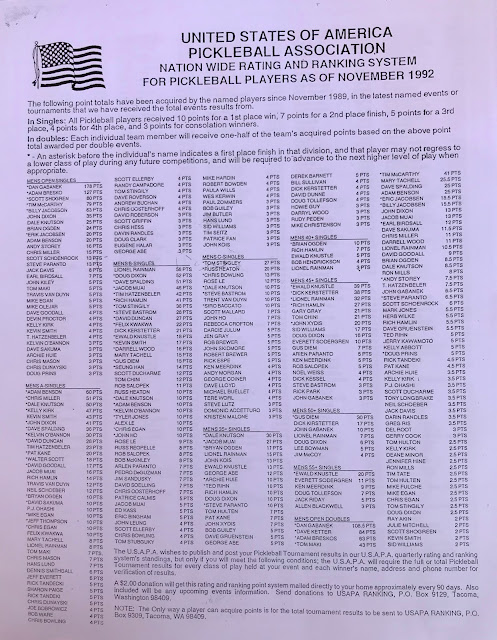 Dan also developed a reputation for being able to consume large quantities of hotdogs at tournaments while still maintaining his competitive edge on the courts.  His record was 12 hotdogs in one day.

When not driving a forklift at his warehousing job, Dan enjoys driving his 1963 Lincoln Continental (on sunny days) and collecting cars of all sizes.  He currently has about 160 in his collection of 1/18 scale models.  His love of cars takes him to classic car auctions all around the country.
Posted by Pickleball Hall of Fame at 12:17 AM