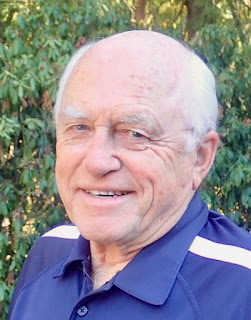 MAJOR CONTRIBUTIONS:
Earl was a charter member of the USAPA Board. He founded the Ambassador Program in 2005, serving for 13 years as Director and later as Assistant Director. Ambassadors are volunteer representatives and unofficial spokespersons for the USAPA whose primary responsibility is to promote and grow pickleball in the geographical area they represent. The explosive growth of pickleball was attributed to the fabulous success of the Ambassador Program. In 2018, there were 1,800+ Ambassadors working to promote pickleball and the popularity of the sport had grown from a few thousand players in 2005 to an estimated 2.8 million USA players by 2017.

Earl also served as the Pickleball Commissioner of the Arizona Senior Olympics from 2001 to 2008. The tremendous growth of this tournament was the impetus to the creation of the national organization in 2005.


COMPETITION AWARDS AND RECOGNITION:
2003 National Championship at The Villages, Florida
Promotion Award –  “You Have Touched Us.  We Have Grown”
Gold Medalist – Men’s Doubles 65-69

2015 USAPA Pioneer Award for Outstanding Achievement in the National Development
of pickleball. 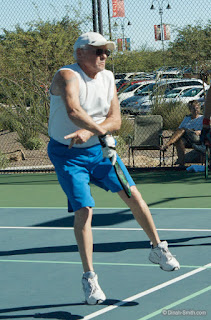 
BACKGROUND:
Earl spent his formative years in Prince Albert Saskatchewan.  Following high school, he was employed with the Royal Bank of Canada.  In 1964, Earl and his wife Gladys moved to Tacoma, Washington where he began a 31 year career with the National Bank of Washington.  In the early and mid ‘70s, Earl became interested in the local government process in Buckley, Washington.  In 1975 he became a U.S. citizen and was elected to a City Council position.  Earl then served as the 26th Mayor of the City of Buckley from 1977 to 1983.

During his youth Earl played many sports – mainly baseball, softball and golf.  In his 30s he began mountain climbing after reading about it for many years.  He climbed Mt. Rainier (14,410’) several times, once as a leader and also climbed several other Northwest peaks.  Earl also ascended Mt. Kilimanjaro (19,340’) in Africa and Mt. Huayna Potosi (19,970’) in Bolivia.  He was also an avid hiker and began skiing at age 50.  At his bank retirement party, Earl did a tandem sky dive from 11,000’. At age 58, he walked across the Cascade mountains from Buckley to Spokane, Washington – a distance of 300 miles for a Kiwanis charity.  Earl is also an active Duplicate Bridge player with a ranking of Bronze Life Master. He says he plays pickleball for his body and bridge for his brain. 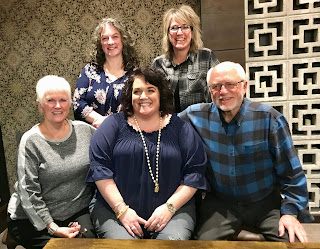 Earl, Gladys (his wife of over 50 years) and their three daughters

Posted by Pickleball Hall of Fame at 11:22 PM