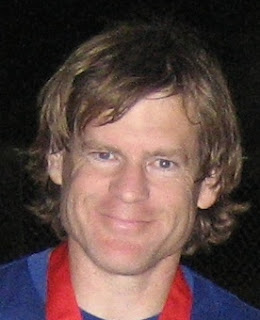 MAJOR CONTRIBUTIONS:
Billy was responsible for suggesting several rule changes that were eventually adopted as part of the USAPA & IFP Official Tournament Rulebook. One - was the double elimination format for tournaments.  Prior to the adoption of this format, tournaments followed the single elimination format with the winners’ bracket playing for silver and gold and the consolation bracket playing for the bronze medal. Two - was to change tournament matches from always being played 2 out of 3 games to 11 points, to matches of one game to 11, 15 or 21 points in order to save time.  Three - was to have regular time outs and for them to be no longer than 2 minutes.  Prior to this, players could call a time out and actually leave the court to eat food, go to the bathroom or stall around. 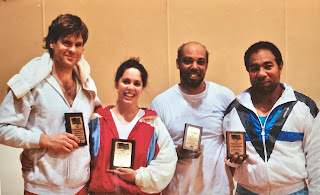 Billy dominated the sport for over 34 years starting in 1981.  His record includes winning 17 straight Open Singles titles during a period of four years.  For 13 years, from (1995 – 2008) he competed in Open Singles and never finished lower than second place.  For 27 straight years, in every year from 1981 – 2008, he won at least one Open Tournament in either doubles, mixed doubles or singles.  He is the only player to have won both Open Division Singles and Doubles playing 100% right handed and 100% left handed.  He’s one of very few players who have won Open Singles and Open Doubles on three different surfaces; cement, carpet and wood and with five different balls; Cosom Fun Ball, JUGS Bulldog Polyball, Onix Pure 2, Onix Fuse and Seamless DURA Fast 40 Pickleball.  His record over the years includes over 50 Open Men’s Singles and Open Men’s Doubles medals.  Overall Billy has played in at least one Open tournament a year for 37 straight years.

BACKGROUND:
Billy started tennis at the age of eight.  He was ranked #2 in the Pacific Northwest at age 10, #2 at age 12 and #1 at age 14.  He played in the 18 year old bracket as a 15 year old and held the #1 spot for four years.  He played in every major USA National Tennis Tournament between the ages of 12 and 18 at least once.  He defeated Jim Pugh, Jim Grab and Pat Galbreath who all went on to be ranked #1 in the world in professional doubles.  Billy won the Father and Son Pacific Northwest Championships with his dad at age 15 and was awarded a free trip to the US Open with a free stay at the Waldorf Astoria Hotel.  His dad went the year before with his sister when the two won the Father and Daughter Pacific Northwest Championships.  Billy also played tennis for four years at the University of Washington, mainly as #2.  After college, he was a high school tennis coach, coaching for 11 years at Sumner High School and 8 years at Bonney Lake High School.

Billy is a right handed tennis player and is now also a right handed pickleball player.  However, when he was a youngster, he loved ping pong.  He hit the ping pong ball with a lot of topspin.  When he started taking tennis lessons around age 9 or 10, his tennis pro got angry with him about the topspin because in those days, no one really hit with exaggerated topspin.  Billy’s dad told him he had to stop playing ping pong, but Billy loved ping pong so much that he didn’t want to quit.  So he started playing ping pong and all other racquet sports (including pickleball) left handed.  His intent was to eventually become a tennis pro and he didn’t want any other racquet sport to possibly screw up his tennis strokes.

Deaf since early childhood and a type 1 diabetic throughout his competitive career, Billy always displayed great sportsmanship and class on and off the court. 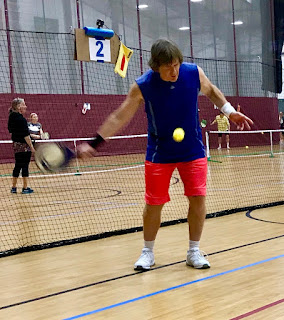 Billy at the 2019 International Indoor Pickleball Championships where he won gold with partner Chris Miller.

Posted by Pickleball Hall of Fame at 7:40 PM