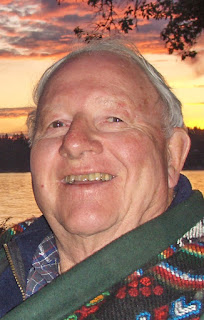 MILITARY:
Barney joined the US Navy in 1944 and served aboard the USS Grafton (APA-109). In 1946, he was honorably discharged with the rank of Seaman First Class.

MAJOR CONTRIBUTIONS:
Barney was one of the three original creators of the game of pickleball.  Early in the game’s development, Barney was introduced to the game by Joel Pritchard and Bill Bell. Barney helped to solidify the game’s rules and balance by introducing features such as the non-volley zone and the double bounce rule. 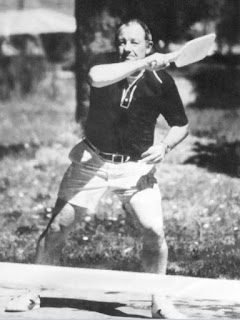 Known as the “man behind the business,” Barney was a successful inventor and entrepreneur in the envelope industry who applied his marketing know-how to pickleball.  In 1968, Barney, Joel and Bill formed “Pickle-Ball, Inc.,” the first company to manufacture and market pickleball paddles.  The company’s mission was “to develop the game of Pickle Ball and to sell and promote said game in a lawful manner.”  The first paddles were fashioned out of plywood in Barney’s home wood shop.  As demands grew, Barney employed workers at the Pacific Northwest Center that taught and helped people with disabilities to learn trades.  They made the first mass produced Diller plywood paddles, the first paddles that were available in stores. 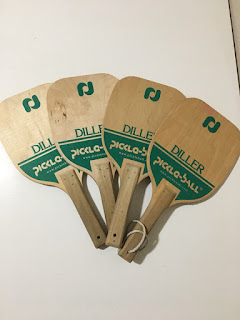 COMPETITION AWARDS AND RECOGNITION:
During the 1980s, Barney and his partner Jim Weller competed in and won many tournaments sponsored by Nalley Pickles.  He was the first player to experiment with the third shot dink as a means to advance to the non-volley zone line.  This is a strategy that is considered key to gaining advantage over the opponent.

BACKGROUND:
Barney was active in high school athletics where he played football, basketball and ran track.  After his discharge from the Navy, he attended the University of Washington and was just several credits short of earning his degree. He then went to work for Griffin Envelope Company.  After ten years, he left Griffin Envelope Company and started his own company, McCallum Envelope & Printing Co.  After the invention of pickleball, Barney sold balls and paddles from his office at the envelope company.  He is proud of the fact that he helped to create a game that people without any athletic background can easily learn.  His slogan, which appeared on Pickle-Ball, Inc.’s boxed sets, was “Say Goodbye to the Sidelines.”  Over time, this slogan has proven to be an attractive feature of this sport, as people all around the world have gotten off the sidelines to find enjoyment, exercise and new friends with this easy to learn game. 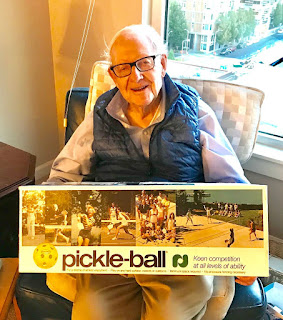 Barney pictured in 2018 with one of the original boxed pickleball sets.  The famous slogan is on the side not visible.

Posted by Pickleball Hall of Fame at 3:48 PM