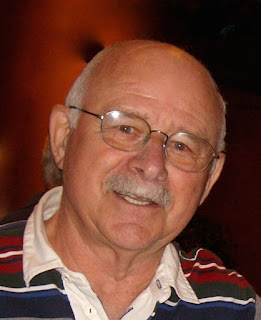 EDUCATION:
Lemmon High School
Lemmon, South Dakota
MAJOR CONTRIBUTIONS:
Arlen greatly advanced the sport of pickleball with the development of the first light weight non-wood, composite paddle.  As an industrial engineer at Boeing, Arlen was familiar with the use of light weight panels with nomex honeycomb cores that were used extensively throughout Boeing aircraft interiors.  In 1984, Arlen purchased some of these panels through Boeing’s surplus store and fashioned the first light weight paddles.  They were a huge improvement over the wood paddles. Because of player interest, Arlen formed the Ultra-Lite Paddle Company and began making the Pro-Lite line of paddles to fill growing demands for this new product.  Ultra-Lite was the second company to make and sell pickleball paddles, but it was the only one with composite paddles for the next 14 years.  Within a few short years after the introduction of Pro-Lite paddles, almost all pickleball players in the Pacific Northwest were using them in competition.  By 2018, there were over 100 companies making composite paddles, almost all mirrored the construction model of the original Pro-Lite paddles. 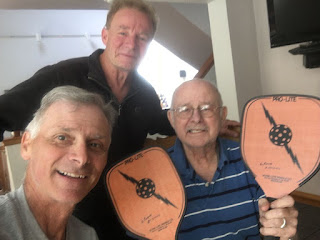 COMPETITION AWARDS AND RECOGNITION:
In the 1970s and 1980s, Arlen played in many pickleball tournaments and won numerous championships.

Arlen was an inventor and developed a number of items like a device to eliminate water from seeping into skin diving wetsuits.  He applied for a number of patents for items such as his novelty ball toy for children.  Arlen was an innovator who started a cable TV service for his community in Eatonville, Washington.  He owned a vending machine business selling colognes from Bellingham to Chehalis, Washington from the 1960s to the 1970s.  He also owned and operated laundry and dry cleaning services in Eatonville and Sumner, Washington for a time.

Arlen spent most of his working career with The Boeing Company, starting in 1950.  In 1954, he went to Witchita, Kansas to work on the B52 and met his wife there.  He returned to the Seattle area after six months.  After a number of years he was named head of the Cost Improvement Program.  Arlen and his wife Johnnie designed and built their Ohop Lake, Eatonville home in Washington which also included one of the few private home pickleball courts at the time.  In 1985 he was honored as Supervisor of the Year for the Cost Improvement Division and awarded a trip to Tahiti, Bora Bora and Moorea.  During the remainder of his career, Arlen worked as an industrial engineer in Boeing’s Fabrication Division.  Arlen retired in 1990 after 39 years with Boeing. 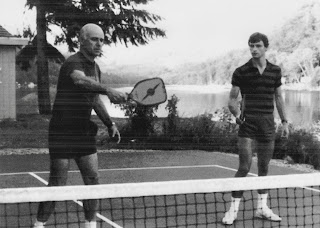 Arlen and Steve Paranto in 1984 at their home on Ohop Lake with the first Pro-Lite paddles.
Posted by Pickleball Hall of Fame at 12:33 PM